Here, in Charlotte, North Carolina, early winter is grey with rain and clouds and cold. And something about the color of the sky makes me miss Louisiana. I picked up Louisiana Purchase by Elizabeth Burk (Yellow Flag Press 2014), and while I hoped that it would quell my craving for roux-based poetry, I did not know how fully it would suit. 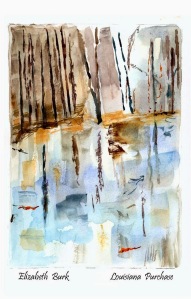 END_OF_DOCUMENT_TOKEN_TO_BE_REPLACED

Before I begin I feel as though I should explain myself, reviewing a second Gladwell book right after the first. I read Blink last October and my review of that book can be found here . As a matter of fact, it’s been quite a while since my last post and I have been rather busy reading and contemplating what my next post should be about. I have read the Ender Quintet by Orson Scott Card, Clash of Kings, second in the Game of Thrones series by George R.R. Martin, a biography of Jony Ive, the lead industrial designer for Apple and, for throwback’s sake, The Phantom Tollbooth by Norton Juster. Between all these books and the thousands upon thousands of pages they occupy, I’ve decided to review Outliers by Malcolm Gladwell for a very simple reason: it had a far greater impact on how I see myself as an American, a Westerner, a visitor living in South Korea. While the books that I have read were exceedingly captivating, entertaining or informative, none of them had a greater affect on how I perceive my life in context of who I am and where I live than Outliers. And after all, I could gush about how much I liked Speaker for the Dead (second in the Ender series) and it’s exploration of Old World colonial mentality and religion in a futuristic context or I could take this opportunity for genuine self-reflection and it is the latter of which I wish to share with all of the strangers of the internet.

END_OF_DOCUMENT_TOKEN_TO_BE_REPLACED

These are the wonderful things about this book: it jumps between the past and the present, it is episodic, it is tangential, and it is poetry.  Patti Smith is a poet and a punk rocker and an artist.  Just Kids documents her 1967 move to New York and her relationship with photographer Robert Mapplethorpe.  The two meet and move in together.  She works at a bookstore and begins writing poetry; he creates art: mostly altars and jewelry, until he discovers photography.  Smith recounts these years between ’67 and ’73 with a level of detail and specificity that is almost unbelievable.